Association for the revival of the « Petit Perron » 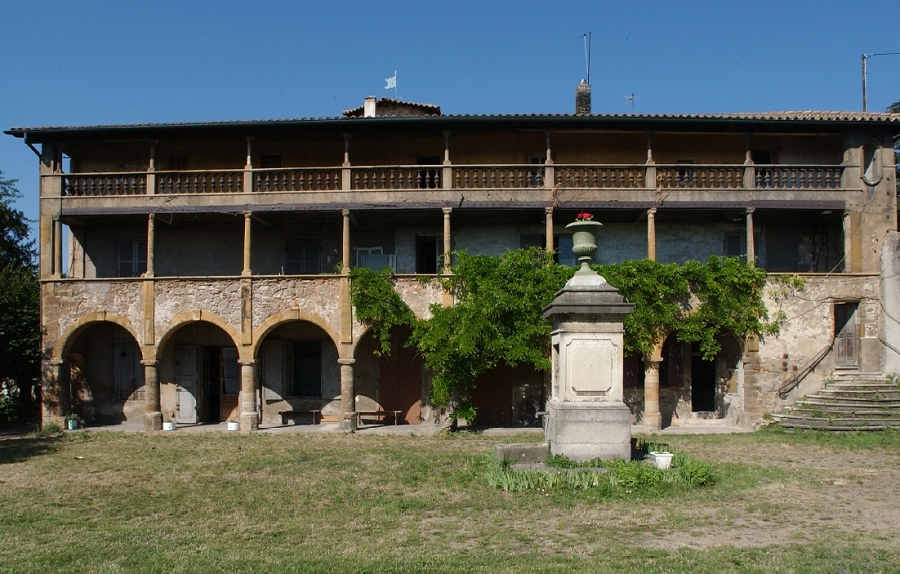 Created in 2006 by Jocelyne Clauzier, this association coordinates numerous actions aiming to revive this mansion of exception, property of the Renaud Fundation.
Our partnership involves benevolent guided tours participation, but also an effort to introduce this Renaissance jewel to a wider public as well as to the heritage’s stakeholders.

An introduction to the « Petit Perron »

Located on the Pierre-Bénite district, overlooking the Rhône plain South of Lyons, this beautiful house in the country from Renaissance period has survived throughout the centuries and is slowly unveiling unexpected pictorial works.
Originally, the domain spread from Irigny hills to the river, forming a haven of greenery for this Tuscany style mansion, one of the seldom U-shaped houses in the country.
The East facade, classified Historical Monument since 1926, presents three stories of arcades, all different from each other. The lower arcade is composed of seven semicircular arches resting on Tuscan columns. On the second floor, small columns made of yellow stone from the « Monts d'Or » remind of the coursiere specific to the 15th century houses from Lyons. On the third floor, the arcade is shorter, strongly rebuilt during the 19th century, it is composed of small cement columns (probably originally made of wood) and of cast-iron balusters.

In the southern part, the terraced gardens are linked through a central staircase and, next to the south end of the house, hides a small chapel that was built in 1748.
Inside the mansion, by the courtyard, the loggias with two flat arches give access to a spiral staircase with unusual beauty leading to the floors. We are surprised by its arc-shaped stairs of which there are very few examples in the region.
Gradually, the associations contributing to the revival of the « Petit Perron » restore the original set up of the place. The various rooms retrieve their dimension and masterworks are disclosed upon breaking down walls. Monumental fireplaces that had been walled up reveal stunning artworks. The Camus family’s coat of arms can be found. It is the family who built the south part of the main building during the mid 16th century. A painting showing a woman surrounded with children can be found in another room. It was recognized as being a charity painting.
The last discovery wasn’t the least. Painted decorations were found on the beams of the first floor’s ceremonial room. Small scenes follow one another displaying mythological characters or grotesques such as small gondoliers, telling us a story which we fail to understand. On the walls of this very room were probably painted several characters. Upon discovering the names of Vitellus and Vespasianus, Jocelyne Clauzier thought about the book « the twelve lives of Caesar » by Suetonius and confirmed her theory when she discovered others names of roman emperors belonging to the same dynasty. This iconography is very typical from the Renaissance period deeply inspired from Antiquity. The majority of this beautiful setting has now unfortunately disappeared. 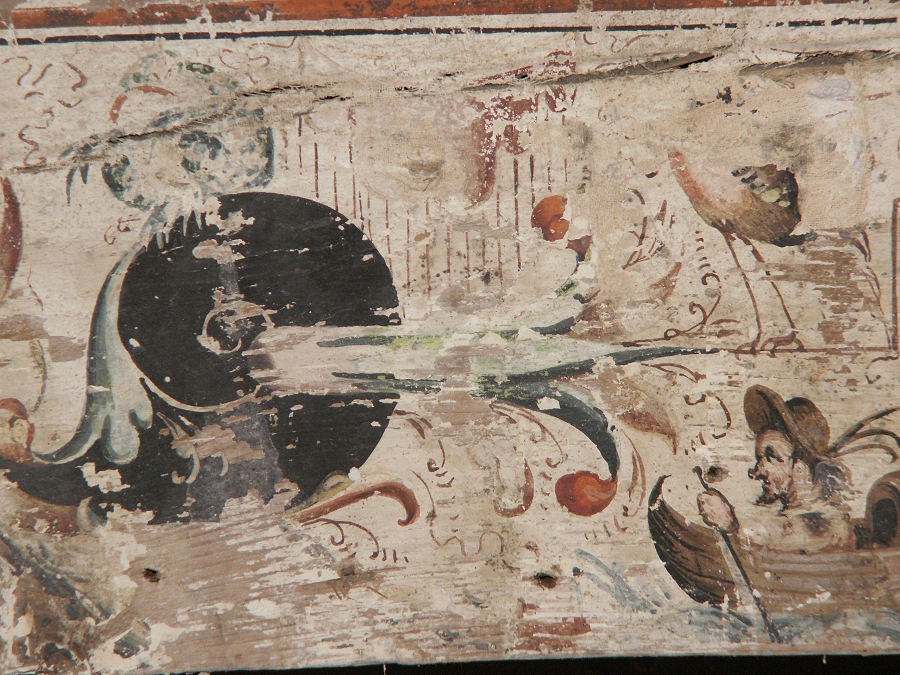 This dwelling was quite well preserved until the 19th century. The building was then severely spoiled as a result of frequent owner’s turn-over and its division into several apartments for rental purpose. Despite this fact, the 19th century also left its mark on the interior design and decoration like it is the case in the marble toilets and in the « secret room » in which the ceiling is covered with the different owners’ coats of arms.
In 1982, what was left of the estate was bought by the Renaud brothers already possessing the fort of Vaise. They undertook the necessary renovation work like the roof repairs.
Since then an associative network developed, aiming to think thoroughly about the further restoration of the place, for the « Petit Perron » to regain its former splendour, for laughter and music to resound again in this place filled with history.
For the heart of the « Petit Perron » to beat again...
To contact the association :
Association Renaissance du Petit Perron
89 rue Voltaire
69310 Pierre-Benite
petit.perron@laposte.net